Texas has joined the efforts of many states to ban texting and cell phone use while driving by implementing a new “No Texting While Driving” law. A person may be stopped and cited for using his or her cell phone while driving unless they are using a hands-free device.

Beginning on Friday September 1st, texting while driving within the state of Texas will be punishable by a fine of $25-99 for first-time offenders, and $100-200 for repeat offenders (though no points will be assigned). The new law also states that if an accident caused by texting and driving results in the death or serious bodily injury of another person, they can be charged with a Class A misdemeanor punishable by a fine not to exceed $4,000 and confinement in jail for a term not to exceed one year (in addition to any other charges/punishments).

Additionally, Texas forbids drivers from using hand-held communication devices (phones) in school zones, and Texas law states that school bus drivers and all drivers under 18 must refrain from texting or making telephone calls while driving—even with a hands-free device

According to Texas Department of Transportation, there are more than 3,500 distraction-related crashes throughout the state every year, with more than 60 deaths reported in the past five years. The emotional and physical impact of injuries caused by distracted drivers is serious. At our firm, we sue distracted drivers and are fully committed to helping you or your loved one get the compensation you deserve.

That’s why we say “Eyes Up, Phones Down.” We urge you to drive responsibly and we encourage you to take our pledge to eliminate distracted driving.

Information regarding Pradaxa and reasons it is prescribed.

Pradaxa (dabigatran etexilate mesylate) is a prescription anticoagulant medication used to prevent strokes and blood clots in people with an irregular heart rhythm known as atrial fibrillation. It belongs to a group of medications known as direct thrombin inhibitors. The prescription drug is made and sold by the German pharmaceutical company Boehringer Ingelheim AG, and is used to treat strokes and systemic embolism in those who suffer from non-valvular atrial fibrillation. The U.S. Food and Drug Administration (FDA) approved the drug in October 2010, and it is sold in 75 mg and 150 mg oral capsules taken twice daily.

According to the FDA’s Pradaxa label, Pradaxa belongs in the “direct thrombin inhibitor” drug class. Thrombin is one of the enzymes involved in the blood clotting process, and it facilitates the conversion of fibrinogen into fibrin, a clotting protein. By inhibiting this process, Pradaxa prevents the formation of a “thrombus,” the medical term for a blood clot.

Potential side effects of Pradaxa.

The FDA has issued two drug safety communications related to Pradaxa. The first, released on March 29, 2011 concerned the storage of the drug. The second, published December 7, 2011 warned the public that Pradaxa might cause “serious bleeding events.”

The Pradaxa label also refers to a study, the Randomized Evaluation of Long-term Anticoagulant Therapy (RE-LY), which determined that life-threatening bleeding events occurred at an annualized rate of 1.5 percent as opposed to 1.8 percent for warfarin, an older, commonly used anticoagulant. More recently, the FDA has become concerned that Pradaxa bleeding events are more common than it originally believed.

The FDA Safety Announcement on December 7, 2011 also stated there is a concern that Pradaxa bleeding side effects include the following:

Bleeding side effects include the following:

These Pradaxa side effects can potentially be FATAL.

The attorneys at our firm are reviewing potential Pradaxa class action lawsuits and individual injury lawsuits for people throughout the United States. We believe, at this time, it may be more beneficial to file individual lawsuits since every person will have different injuries. To have a case evaluated by one of our Pradaxa lawyers, request a free consultations and case evaluation.

Our intakes are always confidential. By submitting information to our firm you are not obligated to hire our attorneys to represent you in a potential lawsuit. We handle all cases on a contingency fee basis. In simple terms, this means that you will make no payment for our legal services until after we have succeeded in getting legal compensation for you.

Everyone trusts that the manufacturers of medical products like pacemakers, defibrillators, heart valves, knee replacements and arterial stents, make their products safe for our bodies. In most cases, medical products perform as expected and last for the rest of our lives. Unfortunately, in some cases, these products malfunction, break or erode, resulting in serious injury or death to the patient.

Your ability to recover damages and the amount of your recovery will depend in large part on the strength and reputation of the law firm you select to handle your case. 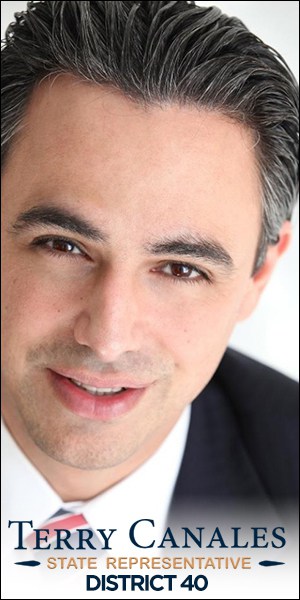