The Hard Road that Can Lead to Success – Personal Injury Law

The Hard Road that Can Lead to Success

Initially, your Texas personal injury attorney will investigate your accident thoroughly, then file appropriate claims with the defendant (or defendants’) insurance companies. Many times these companies will deny your claim out-of-hand. Then your legal counsel shows them the quality of that evidence. If it is compelling enough, good-faith negotiations might begin which could produce the rightful compensation from each defendant’s insurance company. When that happens, you are able to avoid an emotional (and expensive) trial. 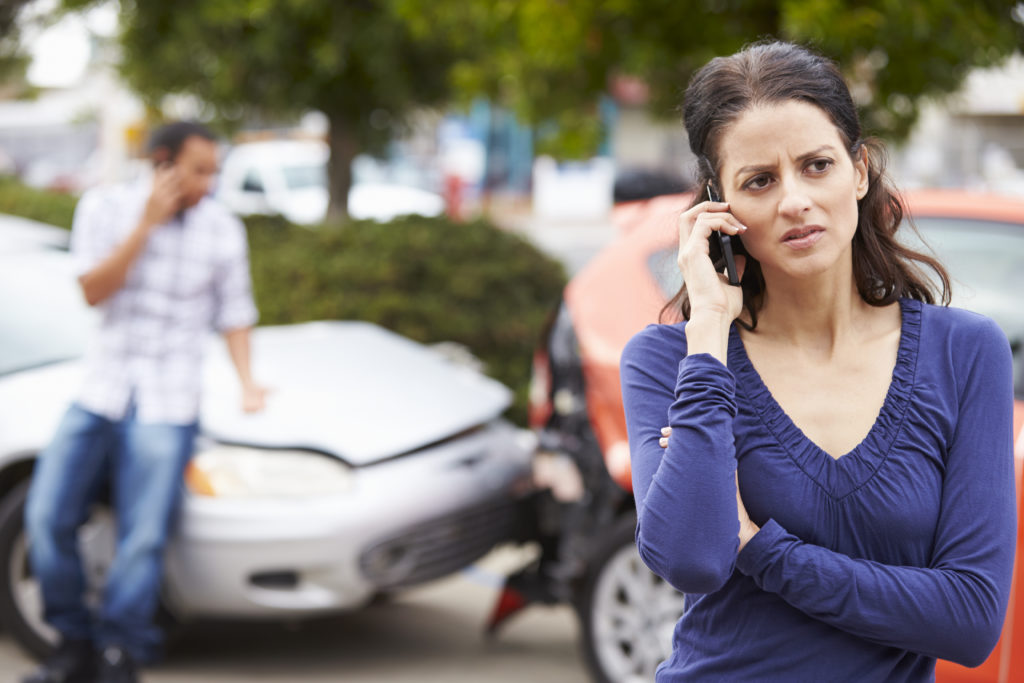 But if the insurance company refuses to settle, then you have to take them to civil court where your attorney must argue the merits of your case, and the compensation you deserve in front of a jury. No one likes a trial because you never can tell what a jury might do or think. Juries are composed of citizens who, for some reason or the other, weren’t able to avoid their obligation as a citizen. You know what you think when you see that jury notice in the mail. They, like you, can think of a million things you would rather do than sit in a courtroom and listen to a bunch of lawyers argue. For that reason alone, you can’t trust juries to do what you hope they will: what you think they should do. But neither can the defendants either.

Settlements can be agreed-to up to the time the jury renders a verdict. So the stronger your case and the more compelling your attorney presents the facts in court, the better the chance the defendant, their attorneys and the insurance company who is paying for this trial will see reason and settle while they have a chance. Or it will go all the way to jury verdict before you win your damage award.

Having a shrewd and aggressive personal injury attorney to represent you is the best way for you to come out on top; regardless of the twists and turns, you may experience. For one thing, is certain. Without a good attorney, there are numerous ways for you to lose long before it’s even time to think about going to court.

Put our years of experience to work for you if you want to know what your rights are, how to proceed with your claim and how much compensation you can win from your personal injury case. Regardless of how it happened, we’ll answer all of your questions. Call our Law Firm now at 1(800) 862-1260 (toll-free) for a free consultation and find out how we can help you.

Wondering What Happens During The First Stages Of An Auto Accident Lawsuit?

Once the plaintiff files a Complaint, which gets the ball rolling in court, the insurance company must respond, assuming they received proper notice, or be held in default (meaning they automatically lose, although cases can be re-opened in certain situations even after a default). The insurance company responds, on behalf of the “at-fault driver” (who becomes the Defendant, along with the insurance company), in a document called the Answer. The Defendant files this Answer in the court for the judge to read. There are time limits within which the Defendant must respond, and they generally always meet that deadline. Alternatively, the insurance company can file something called a “Motion to Dismiss.” This is as bad as it sounds or maybe worse. There are a number of complex grounds upon which an insurance company can basically argue that your auto accident lawsuit either cannot be filed in any court or cannot be filed in the particular court where your attorney chose to file your suit. In extremely broad terms, they can argue things like your facts do not amount to a viable claim or they can argue that the court where your attorney filed your auto accident lawsuit does not have jurisdiction or is an improper “venue” for your auto accident claim.

What Happens If the Defendant Files a Motion to Dismiss Your Auto Accident Complaint?

If they file a motion to dismiss in your auto accident case, then your auto accident attorney must respond and argue (on paper and during a subsequent hearing before the judge in person) the reasons that your claim is viable. Responding to this one particular type of motion can involve an extensive and unbelievable amount of research and careful thought. Statutes and cases that only partly comprise the “law” fill libraries with books (now housed in computers via online research, but certainly capable of filling entire brick and mortar libraries). These statutes and cases are indexed and one of your attorney’s many jobs is to spend the time to find the cases and statutes that best help you, and then present those to the court. This particular undertaking is far from obvious. The facts of each case are unique. Your attorney must fine the cases in that big library that are most similar and most helpful to your case, and persuasively present those similar cases to the judge. Meanwhile, a strong advocate on the other side (working for the defendant) is going through the same process to try and defeat your claim. Sound fun yet?

I recently had a case in which the plaintiff filed their lawsuit, then the defendant opted to file a motion to dismiss instead of an answer. I drafted the documents in that case. Then several replies (all written replies related to the initial motion to dismiss) were exchanged between the parties. I read hundreds of cases to draft our reply. (Each case can be many pages long, from one to hundreds of pages of complicated legal discussion and technicalities of immeasurable number.) Then the defendant did the same thing and replied again. Then we replied again, the night before the hearing. It was craziness. I spent literally weeks working on those documents. When the defendant lost at the trial court level, they filed an appeal, which started an even lengthier process of drafting ever more complex documents to be submitted to the appellate court. These documents took months to prepare. I cannot recall the exact time frame after we submitted the appellate court documents, but many months later the defendants again lost at the appellate court. The next stage, believe it or not, was them FINALLY filing a simple answer!! Mind you, in most cases the complaint and answer are filed in relative quick success but nothing is ever guaranteed in a big auto accident lawsuit. The process felt like a year but actually was many months. I can’t really recall the exact time frame. But that particular motion process led to victory. The outcome could have been much different, which would have caused the entire case to be dismissed, and led to ever more complex questions about the viability of re-filing or continuing that case in another state.

What Is The Role of An Answer in An Auto Accident Case?

In the defendant’s answer, they typically admit or deny the allegations that the plaintiff has made in their auto accident complaint. They also lodge things known as “affirmative defenses,” which are basically all of the legal reasons why they think your claim has no merit. These come into play in various ways later in the lawsuit–and hopefully your attorney knows how to effectively respond to these defenses because they are important. More on this website

What Happens After the Defendant Files Their Answer?

Once the Defendant files their Answer, both parties typically begin another very lengthy process known as “discovery.” The purpose of discovery is to allow both parties to learn the facts of any given auto accident case (which might include learning information from witnesses and/or documents, sometimes hundreds or even thousands of documents in bigger personal injury cases). Discovery includes the exchange of numerous documents, which include questions that each side poses to the other (crafted by the attorneys themselves, not cookie-cutter, but what they really want to know about the other sides’ auto accident case). The parties may also request documents from each other or from third parties unrelated to the lawsuit. Discovery also includes the taking of depositions, which are oral questions posed by the attorneys to the parties themselves and any relevant witnesses (which the attorney needs to know how to choose properly). Each party might also hire various experts, who are also subject to the discovery process. One example might be an accident reconstruction expert, who can tell what the tire skid marks mean, or a medical expert, who can explain the severity of your injuries.

If you would like to know more, please give me a call. I am available to speak for free by phone about your potential auto accident lawsuit anytime (unless you already have an attorney, in which case I cannot talk to you).

It’s uncomfortable to be followed too closely on the highway. A careful driver frequently looks in the rear-view mirror and can find it annoying when a car persistently looms too large in the mirror. It’s not just an annoyance, it’s an outright hazard when a car rides the rear bumper of the car in front, possibly leading to a rear-end accident.

It takes time to stop – the faster the vehicle is going, the longer the stopping distance. A driver who doesn’t allow enough space from the car ahead runs the risk of plowing into the back end of that car if it slows down or comes to a halt.

Expert studies have found that rear-end collisions are a common type of accident, responsible for about a third of all motor vehicle crashes. In the United States, a rear-end accident occurs about every eight seconds.

Following too closely, commonly known as tailgating, is the most common cause of crashes. Police warn that tailgating is both dangerous and illegal.

With good common sense, drivers can do a lot to prevent a rear-end collision. The driver of a following car is responsible for maintaining enough following distance to allow for a safe stop or evasive maneuver.

Police suggest using a two-second count to ensure adequate follow distance. Notice when the car just ahead passes some immobile object like a road sign or a tree. As the car passes the object, start counting seconds, like this: “one-one-thousand, two-one-thousand.”

If your car reaches the object before you have counted off two seconds, you are tailgating and should drop back a bit. It’s even better to allow four seconds, especially if roads are wet or it’s dark.

Police use laser technology to detect tailgaters and will issue tickets for tailgating. The maximum fine is $500.

A rear-end collision is very dangerous for motorcycle riders. Stopping a motorcycle quickly takes skill that many riders lack. The operator can be thrown over the handlebars as the motorcycle collides with the vehicle ahead. Applying too much rear brake can cause a perilous skid, sending the bike sliding out of control.

Motor vehicle occupants are at risk, too. For those in the car whose front collides with the rear end of another vehicle, it’s comparable to what can happen in a head-on collision. If not properly restrained, car occupants can be hurled against the windshield or other parts of the car interior. An unrestrained driver or passenger could be ejected from the vehicle, which is very dangerous and often deadly.

A person in the car that is rear-ended is very likely to suffer a whiplash injury. The impact causes sudden back-and-forth movement of the head that overstretches and strains neck muscles and ligaments. Whiplash is painful and healing is slow. If you have any more questions for our San Antonio Car Accident Lawyers please call our office for a consultation.